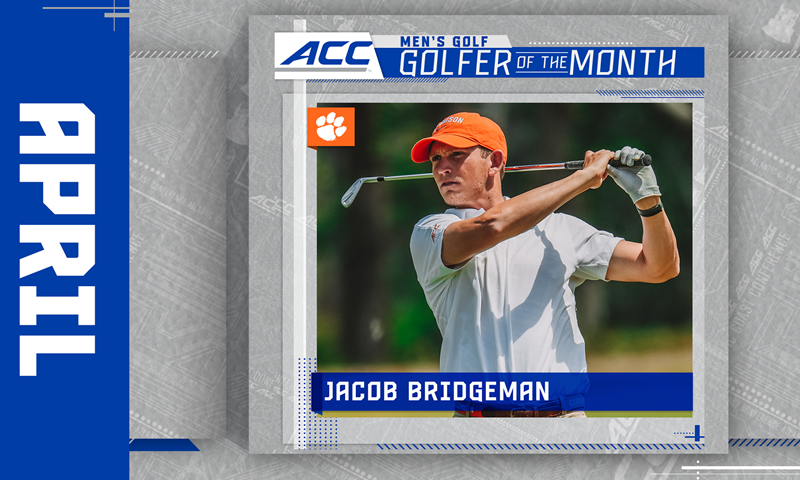 A senior from Inman, South Carolina, Bridgeman was a medalist at the ACC Men’s Golf Championship in Panama City Beach on April 22 and finished fourth at the highly competitive Calusa Cup in Naples, Fla. earlier this this month. Bridgeman is the first Clemson golfer to win the ACC Golfer of the Month award in consecutive months.

Bridgeman birdied seven feet on the second playoff hole to win the individual league title against North Carolina’s Peter Fountain at Watersound Club’s Shark’s Tooth Golf Course. He shot rounds of 69, 66 and 68 during the three-day stroke play competition to finish 13 under par and become the seventh Clemson player to win the individual competition. His 69 in the first round broke a tie for the most rounds in the 60s in Clemson history with 47. He is also the first Clemson golfer to win three individual tournaments.

Bridgeman is second in the PGA Tour University Rankings and ninth in the World Amateur Golf Rankings.