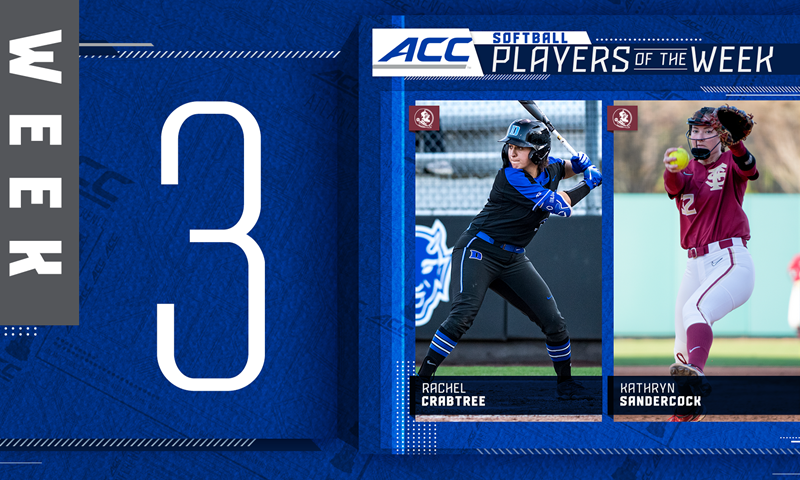 The ACC Weekly Softball Awards are voted on by a panel of schools and the conference office.

Crabtree hit .615 (8 for 13) in a 5-1 week for the Blue Devils with two homers, a double and five RBIs. The Huntington Beach, Calif., graduate student became the first player in program history to hit 100 RBIs in Duke’s win over Army on Feb. 25. She also had three hits in the Blue Devils’ first of two games against No. 19 Michigan. and had perfect field percentage for the week.

Additionally, Crabtree hit another career high with his fourth home run in a win over Northern Kentucky. She reached safely in all six of Duke’s games.

Sandercock appeared in four games during an unbeaten week for the Seminoles, picking up three wins and making one save. Sandercock had the win and stoppage as Florida State beat Indiana twice, and she was also the decision pitcher in wins over Florida A&M and Hofstra.

For the week, the McLean, Va. native didn’t allow an earned run while limiting his opponents to a .083 batting average.

ACC Softball Player of the Week

ACC Softball Pitcher of the Week