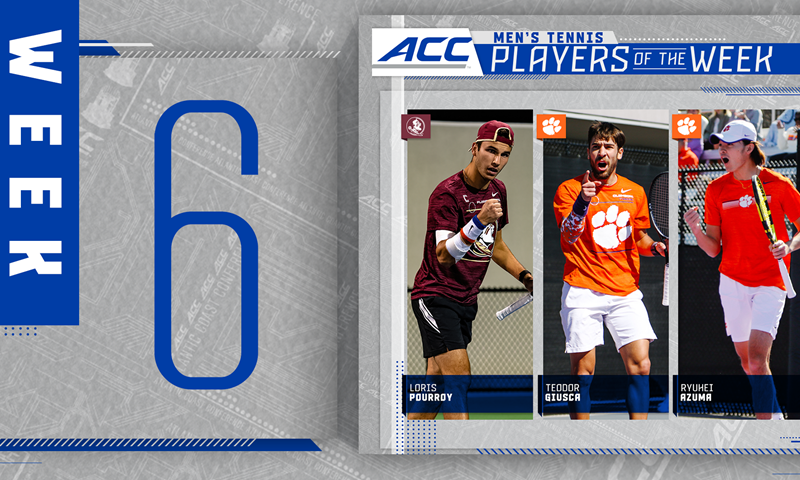 Pourroy earned his second consecutive ACC Player of the Week honor after earning both first-place singles and first-place doubles wins in the Seminoles’ 5-2 win over State 19 Mississippi. The native of Gap, France earned a decisive 6-3, 6-2 victory over Florian Broska, ranked 20th. The win was Pourroy’s second in a row over a top-50 player. In doubles, he teamed with Sebastian Arcila to upset the 37th-ranked national doubles team 6-4.

Azuma and Giusca defeated Charlotte’s Stefanos Savva and Coy Simon, who entered the game ranked 16th in the nation. It was the highest-ranked win of any ACC doubles team this week. The Clemson duo also added a straight-set win over Coastal Carolina’s top doubles team.