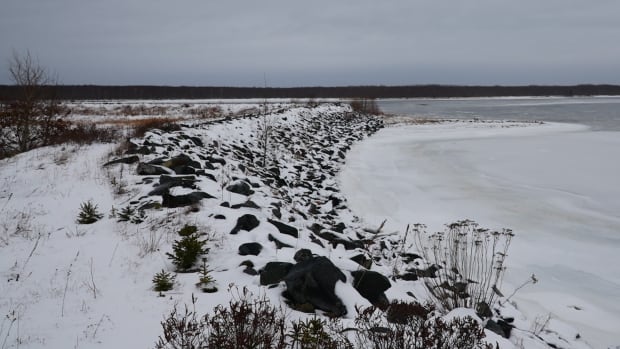 First Nations communities along the Atlantic coast may face serious challenges from climate change, according to a recent federal report.

The Regional Outlook Report: Atlantic Provinces said the Esgenoopetitj First Nation, about 130 kilometers north of Moncton, was already at risk of flooding, but climate change and sea level rise could increase flood risk to the community, and intense storm surges increased erosion.

â€œIn my life alone, we have lost a lot of ground to my mother’s,â€ said Miiga’agan, a Mi’kmaq grandmother.

She has lived in the community since the late 1950s and said country foods had been destroyed or contaminated. Esgenoopetitj is home to a wastewater treatment plant and Miiga’agan is concerned that the plant’s discharges could harm local parks of clams, blueberries, mussels and periwinkles.

She said she believes that because of colonization, humanity has lost touch with its responsibility to the natural world, but Miiga’gan said she hopes things can change.

â€œHumanity is mature enough to know that something has to change,â€ she said.

â€œOur identity comes from the land,â€ she said.

In the face of flooding and increased erosion

The federal report worked with provincial governments, academics and Indigenous organizations to explore the challenges the region faces from climate change and to encourage adaptation to increasing risks.

Esgenoopetitj, Ugpi’ganjig, Indian Island and Lennox Island First Nations have been specifically identified as communities facing significant challenges from climate change, but all coastal communities are at risk of flooding.

The Indian Island and Ugpi’ganjig First Nations have already been hit by severe storm surges that have caused flooding. In December 2010, Ugpi’ganjig suffered a storm that caused more than $ 1.7 million in damage and responded by building a concrete dike and other flood prevention measures. The Indian Island First Nation has also built a dike and started raising houses over the past five years.

Tom Johnson, the geographic information systems coordinator at Mi’gmawe’l Tplu’taqnn Incorporated, was one of the report’s writers.

He said that historically the Mi’kmaq have moved seasonally and, if faced with an increased risk of flooding, would have moved inland. But the reserve system forced them to stay put.

Johnson helped map New Brunswick for the report. He said land loss due to coastal erosion is minor for most communities, but Ugpi’ganjig, a coastal community located along the Eel River and Chaleur Bay, is at greater risk. A dam built in the 1960s caused changes in the distribution of sediment, destroying sandbanks, and increased erosion resulted in the loss of 24 hectares of land, increasing the risk of flooding the community.

The report says there are plans to increase flood preparedness in indigenous communities, such as improving drainage systems, and raising and repairing flood damaged homes and other infrastructure.

Sabine Dietz, co-lead author of the report, said Western science tends to compartmentalize things while Indigenous science takes a holistic approach. Dietz said science could separate forestry from the river, while the Mi’kmaq see the relationship between the two. Building trust with indigenous organizations was key to working together on the report, she said.

â€œWhen it comes to adapting to climate change, Western scientists have a lot to learn,â€ Dietz said.

The PEI Department of Environment, Energy and Climate Action. said he sent letters to First Nations chiefs about a consultation on a climate adaptation strategy. The New Brunswick government said it has provided funding to First Nations communities facing climate change through the Environmental Trust Fund and will continue to engage with them. Newfoundland and Labrador has said it will continue to work with Indigenous communities affected by climate change.

The province of Nova Scotia did not respond to a request for comment at the time of posting.

Alternatives to Payday Loans: Which Option is Best for You?