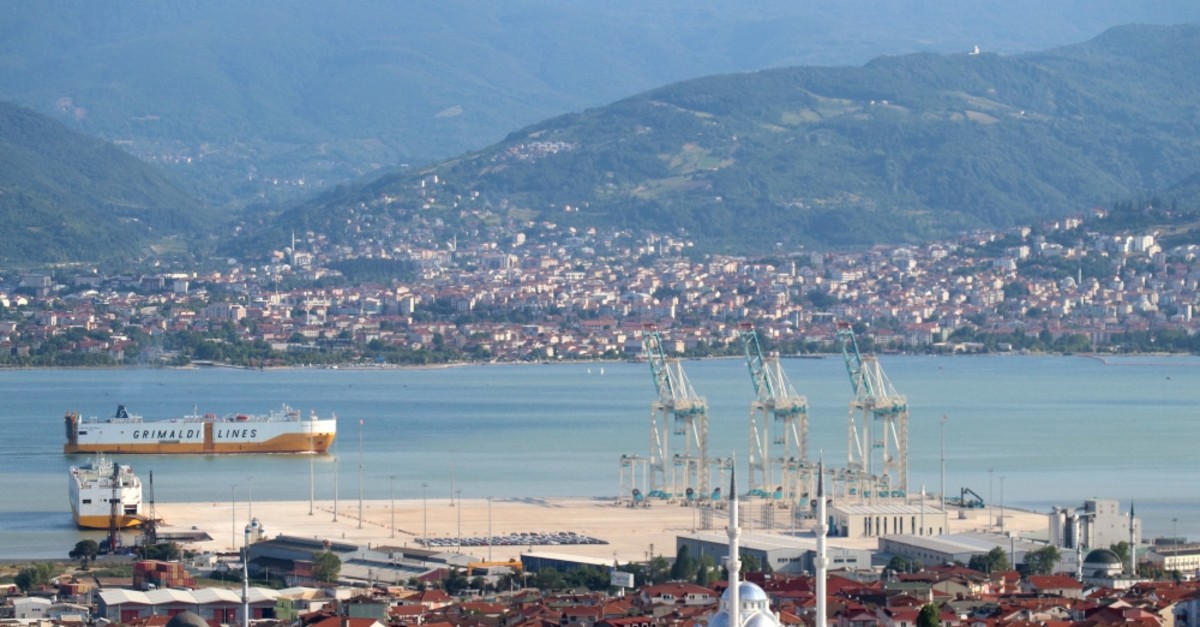 Izmit in Turkey ranked among the largest port cities in Europe

Kocaeli, also called Ä°zmit, one of Turkey’s main industrial cities, has been named one of the largest port cities in Europe. The Gulf of Izmit, located east of the Sea of â€‹â€‹Marmara, plays an important role in opening up goods produced in surrounding industrial companies to global markets. Housing an average of 10,000 ships per year in the ports it welcomes, Izmit maintains its position as one of the main cities that have piloted world trade since Antiquity.

The Izmit port region is one of the largest port areas in Europe in terms of gross weight of cargo handled.

According to 2017 data released by the European Statistical Office (Eurostat), Rotterdam, Antwerp and Hamburg on the North Sea coast were named the top three ports in Europe in terms of gross weight of goods handled.

Among the 20 largest ports in Europe, Turkey is represented by Izmit, the port of BotaÅŸ in the south of Iskenderun of Hatay and AliaÄŸa in the west of the province of Izmir.

Izmit, home to 35 large and small port facilities, is Europe’s seventh cargo port after Marseille with 72 million tonnes of cargo handled, while BotaÅŸ ranks eighth, Iskenderun 11th and AliaÄŸa 13th on the list.

Ayhan ZeytinoÄŸlu, head of the Kocaeli Chamber of Industry, told Anadolu Agency (AA) that there are 35 port facilities around the Gulf of Izmit and these ports operate with a capacity of 50-60%.

ZeytinoÄŸlu said they want to ensure that the city’s ports are run like Rotterdam’s, continuing: â€œAs a Chamber of Industry, we want to create the perception of ‘Izmit port’ as Rotterdam. The cargo handling capacity here could go up to 150 million tonnes without too much investment. “

Emphasizing that the connection of ports to railways is not at the desired level, ZeytinoÄŸlu noted: â€œEven though the railroad crosses the borders of almost all of our northern ports, they are not connected to the railway line. of iron. After the connection to DilovasÄ±, KÃ¶rfez and Derince are assured that in the coming days the amount of goods handled in Kocaeli could increase much more without increased vehicle traffic. If we can transfer this transport to the railroad, then the amount of goods transported in the Gulf of Izmit will increase, leading to a decrease in truck traffic. “

Emphasizing that this is a great opportunity and that Izmit Bay is a natural port, ZeytinoÄŸlu said: â€œWe are even happier that Izmit has been named the seventh largest port in Europe.

Noting that it is easy for them to make the ranking even higher, ZeytinoÄŸlu continued: â€œI think we will do that by ensuring rail connections in the coming period. There is currently no rail connection south of the bay. We think it will be good to have a railroad to the free zone and Ford Otosan. If this is done, the freight tonnage will increase much more. “