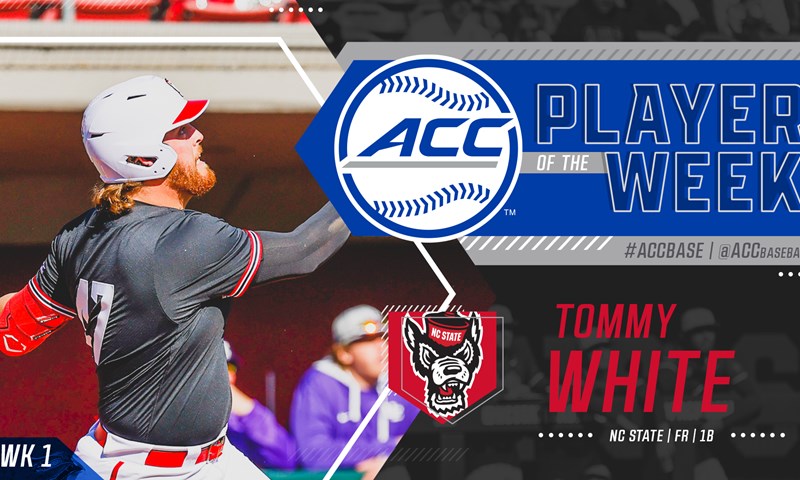 ACC Baseball’s weekly honors are determined by vote of a 15-member media panel and announced on Mondays throughout the regular season. White and Hubbart were also recognized as National Players of the Week by Collegiate Baseball on Monday.

White hit three home runs Friday in his college debut, propelling the seventh-ranked Wolfpack to a three-game sweep visiting Evansville. The St. Pete Beach, Fla., native followed that up with a grand slam in Game 2 and two more home runs in Sunday’s final. White hit .643 for the series with nine hits and 12 RBIs with multiple hits and multiple RBIs in each of the three games.

White became the first NC State player since 2010 to hit three home runs in a game and is only the second Wolfpack player since at least 1999 to do so.

Hubbart’s 13 strikeouts are the most for a Seminole since Conor Grady also had 13 against Troy in 2021. The sophomore southpaw struck out eight of the game’s first nine batters.