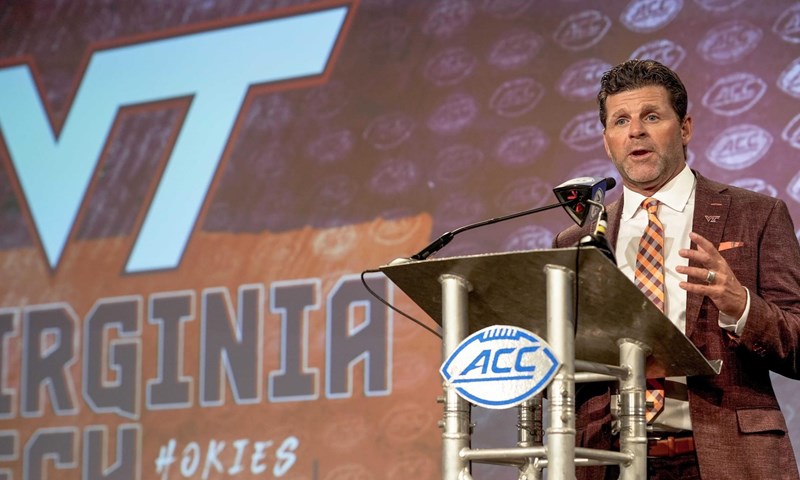 While this will be the debut of new Tech head coach Brent Pry, replacing Justin Fuente after six seasons, ODU will be playing as a member of the Sun Belt Conference for the first time.

It will also be a confrontation of head coaches who know each other well. Pry, 52, and Ricky Rahne, 41, served under James Franklin at both Vanderbilt and Penn State, where they were dueling coordinators.

Rahne came to ODU in 2020. The school was one of only three from FBS to cancel the season due to the pandemic. Last year, after a 1-5 start, ODU rallied to finish the regular season with five wins in six games to capture a berth in the Myrtle Beach Bowl.

With 17 returning starters, including 10 on offense, and an injection of transfers from Power 5 schools, the Monarchs could surprise despite being picked to finish last in the Sun Belt East after leaving Conference USA.

“They present problems,” Pry said. “They have a talented offense and they have a quarterback who can throw the ball.”

The remaining cast of Tech’s 6-7 team is sparse. The defense could be strong with experienced and productive secondary linebackers Dax Hollifield and Alan Tisdale, who have started a total of 55 games.

Marshall trades Grant Wells, who has thrown for 34 touchdowns and 22 interceptions the past two seasons, gives Tech a threat on the field. The explosive Malachi Thomas takes over as running back.

“I have a good idea of ​​what Tech is going to do because I know what Brent believes in,” Rahne said.