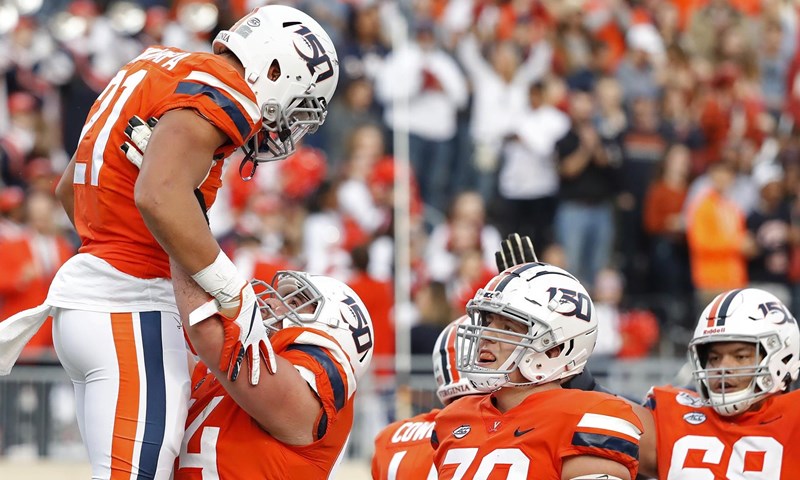 No introduction needed as Virginia faces William and Mary


Familiarity is the theme as Virginia hosts William & Mary at the season opener for both teams Saturday night in Charlottesville, Va.

Not only are both teams loaded with returning starters and veteran players, but the Atlantic Coast Conference Cavaliers and Colonial Athletic Association Tribe coaching staffs also share multiple connections.

Virginia coach Bronco Mendenhall enters his sixth year at Virginia with a 30-32 record, including 5-5 last season. On offense, he returns eight players with 10 or more starts as well as players who have produced 82% of total offense as of 2020. Six players on the defensive side have made at least 20 starts.

Mendenhall’s predecessor at UVA is Mike London, who is entering his third season at the helm of William & Mary. He is 6-9 overall with the tribe, including going 1-2 last spring after the pandemic wiped out the fall slate. London, which was 27-46 in six seasons with the Cavaliers (2010-15), fires all of its starters on both sides of the ball.

“I think what Coach London did at William & Mary, it just makes sense to me,” Mendenhall said of having so many former Virginia players as coaches. “That’s exactly the model I believe in and will continue to believe in. I like to hire from within and build from within.”

Virginia, chosen to finish fifth in the ACC Coastal Division in the preseason poll, is led by quarterback Brennan Armstrong, running back Wayne Taulapapa, receiver Billy Kemp IV and all-rounder Keytaon Thompson, who lined up at QB, RB and WR last year.

“I feel good about the talent in this team, the depth of this team, the seniority, the leadership,” London said. “There are a lot of positive things that come out of spring into summer and go into fall.”