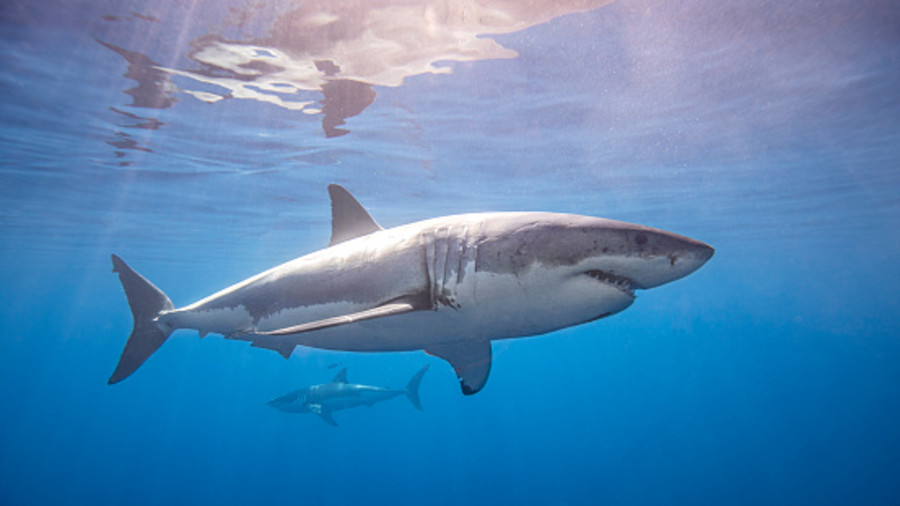 Prince Edward Island fishermen say they are seeing more sharks in island waters, while Dalhousie University researchers say the number of sightings in the Maritimes is increasing.

The university’s ocean tracking network has been receiving more and more reports of shark sightings from divers and has also captured more in the field.

Fred Whoriskey, the network’s executive director, said he recorded more than 17 blue sharks on the first day he went out to tag blue sharks this year. This compares to four or five a day in previous years, although the numbers have dropped in subsequent days.

Whoriskey said it’s unclear whether this type of number was due to a growing population or changing ocean conditions, but many factors could be at play, including climate change.

“[In Nova Scotia] we’ve had more intrusions of things like tiger sharks that we haven’t seen on an ongoing basis…and that would be something that would definitely be impacted by climate change,” he said.

“Maybe not so much things like the white shark, which is one of those warm-blooded sharks and has always been able to get into cold water and is probably now coming back into cold water as its populations are recovering.”

The Department of Fisheries and Oceans receives about a dozen shark sighting reports a year through its public reporting system, launched a few years ago.

So far in 2022, DFO has received six – five from Nova Scotia and one from a tourist while in Cable Head West, PEI, on August 9.

“He and his daughter had seen what looked like an obvious shark fin about 30 to 50 yards from the beach just coming in along the waves,” said DFO Aquatic Fisheries Technician Warren Joyce. “It was probably a basking shark because there are quite a few basking sharks off Prince Edward Island”

On average, DFO receives three reports of shark sightings in PEI. every year.

Popularity of sport fishing may lead to more sightings

Joyce, who has been monitoring sharks since the 1990s, said she’s noticed an increase in shark sightings since 2015, but that may be due to the rise in popularity of sport fishing and other activities.

Cory Jenkins and Jon Veinot pose with a bluefin tuna that was attacked by a shark last fall in PEI. (Submitted by Jon Veniot) Captain Jeff McNeill of North Lake said he spotted a great white just a few weeks ago.

“We went offshore for deep sea fishing and one guy said, ‘Hey, look at that porpoise,'” he said.

“It was pulling a string of mackerel, and there’s a great white shark, probably about 16 or 18 feet following that mackerel. It stayed below the surface for.. 20 or 30 seconds, then slid alongside the boat and just disappeared.”

MacNeill said there are far more bass anglers on the water than there were just a few years ago, which he thinks may explain why more people are posting information about bass. meetings on social networks.

“Bass anglers at night definitely see a lot of great whites and a lot of different activity,” he said. “Five years ago we didn’t have that. So we have 10,000 eyes instead of no eyes looking at us.”

Joyce advises people to be cautious if they spot a shark, staying at a safe distance as they enjoy what he says is a “fairly rare experience”.

Whoriskey said the move of sharks to our shores is a “great achievement” for conservation efforts in the region following a significant decline in their populations likely due to overfishing and other human factors. it must be a good thing,” he said.

This article, written by Arturo Chang, was originally published for CBC News. Contains files from Lisa Catterall and Brian Higgins.