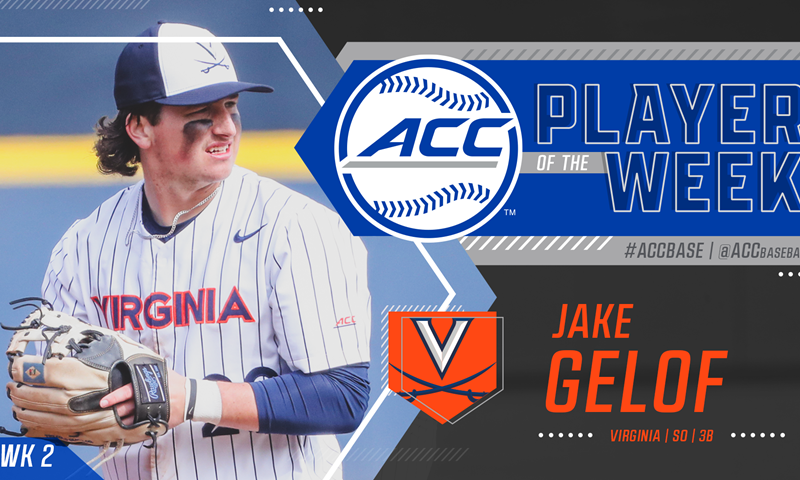 ACC Baseball’s weekly honors are determined by vote of a 15-member media panel and announced on Mondays throughout the regular season.


Messick allowed a scoreless hit on walks while striking out a career-high 13 batters over seven innings in Friday night’s 7-0 win over visiting Samford. The reigning ACC pitcher and freshman of the year, Messick was dominant all night, allowing just two base runners — a first-inning single and a fifth-inning batter. In his last frame, Messick hit the side on just 11 pitches. During his seven-inning stint, the Plant City, Fla. native threw just 85 pitches, with 63 strikes.


Opponents are batting .073 against Messick in 12.2 innings pitched this year, and he struck out a total of 24 batters while allowing just three hits.