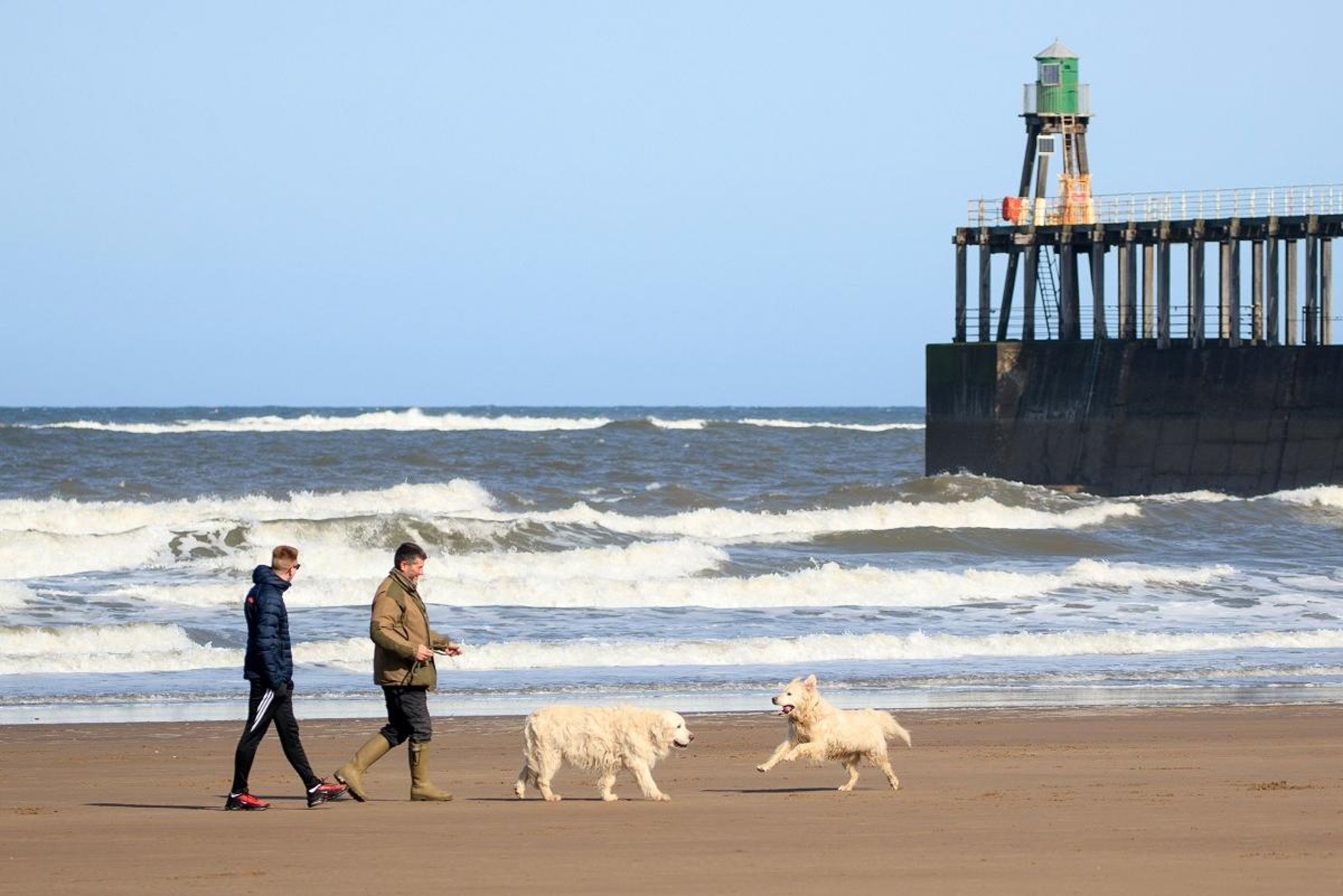 Scarborough Beach is Britain’s oldest seaside resort dating back to the 17th century, while Whitby was voted Best Beach Resort in 2006 by Which Holiday magazine.

Scarborough has two beaches, North Bay and South Bay, which are connected by Marine Drive, a Victorian promenade. Visitors can see stunning views of Scarborough Castle from both beaches and the seaside town continues to be the second most visited destination in England by British holidaymakers. Scarborough Beaches have a four and a half out of five star rating on TripAdvisor with 3,468 reviews.

The coastal part of Whitby is also known as the ‘Dinosaur Coast’ or the ‘Fossil Coast’ as dinosaur footprints can be spotted in Whitby. The petrified bones of a crocodile and a plesiosaur specimen measuring 15 feet 6 inches long and 8 feet 5 inches wide were discovered in 1841. The town is also popular for its windsurfing, sailing and surfing events which take place on the beaches between Whitby and Sandsend. . Whitby Beach has a four and a half star rating on TripAdvisor with 1,462 reviews.

Bridlington is said to be located in an area with the highest rate of coastal erosion in Europe and offshore, the Smithic Sands sandbar is vital habitat for many marine species. Bridlington’s North and South Beaches have won European environmental quality awards over the years. Bridlington South Beach covers the south of Bridlington Spa and Bridlington Harbor on the East Riding coast. The length of the beach is one mile long and merges with Fraisthorpe beach. It is a wonderful place for long relaxing walks in any season. Bridlington South Beach has a four and a half star rating on TripAdvisor with 282 reviews.

Originally a fishing village, Filey has over the years become a popular seaside destination. The resort is perfect for families with young children or anyone who enjoys walking, playing in the sand or kite flying. It is eight kilometers long and young children can visit the rock pools to explore its extensive coastline. Filey Beach has a four and a half star rating on TripAdvisor with 2,522 reviews.